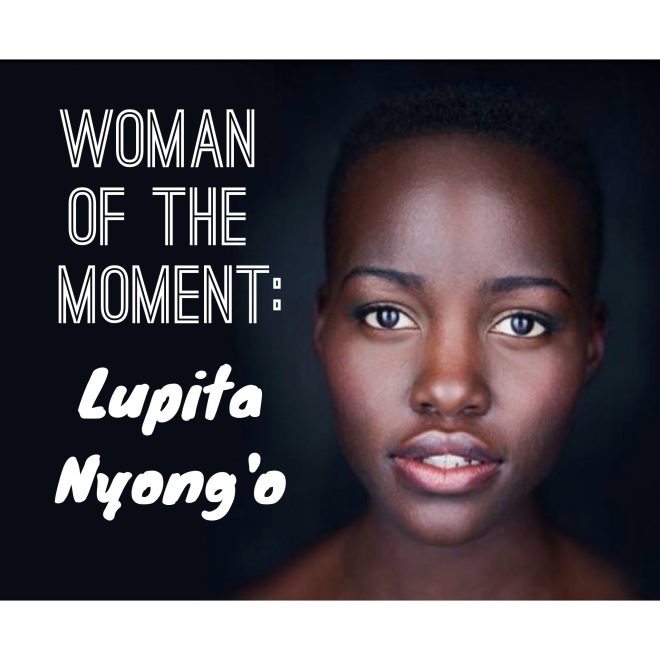 “It doesn’t escape me for one moment that so much joy in my life is thanks to so much pain in someone else’s.” -Lupita Nyong’o

Kenyan born actress Lupita Nyong’o has the entertainment industry buzzing. From being draped in the hottest fashion, to hanging out with musicians like Kanye and fellow A-list celebrities, and to now winning her first Oscar for Best Supporting Actress for her first feature film ’12 Years A Slave’ (which also snagged best picture), Nyong’o is fully embracing her ‘moment’ as an iconic figure of pop culture with both style and humility.

12 Years A Slave is a British-American historical drama film, of a 1853 memoir with the same name by Solomon Northup (played by Chiwetel Ejiofor), a New York State-born free African American who was kidnapped in Washington, DC and sold into slavery. In the film ’12 Years A Slave’, Lupita Nyong’o plays Patsey a slave who is not only tormented by her master, played by Michael Fassbender, but is also the subject of his affection. Her supporting role captivates audiences as we follow Solomon’s blistering odyssey into the world of human slavery.

Watching this film was not easy. It was actually very uncomfortable. Director Steve McQueen does not hold back in depicting this dark age of human history. We observe and view the different sentiments, practices, and beliefs that guided the behaviors of slaves and their masters. As we watch, our hearts break for Patsey and her fellow slaves, we eventually find hope in Solomon’s story, but are left unraveled by despair for the faith of those who will go unspoken.

Dancing with Ghosts is how lead actor Chiwetel Ejiofor recalls of his experience making the film on a hot century-old Louisiana plantation. The actor had to take some time in New York to shake off the emotional stresses of playing Northup. When times got tough on set, he would look around and be reminded that everyone present were truly invested in the work of telling this story. Lupita’s supporting role provided an endearing perspective of a woman left to fend for herself in a world of oppression and severe loneliness. Not to ruined the movie for those who have yet to watch, but to put it all into view, there’s a scene where Patsey (Nyong’o) begs for Solomon to show her mercy by helping to drown her and put her out of her suffering, he refuses however.

As the world continues buzzing about Lupita Nyong’o, she has managed to share her authentic upbringing and identity to all beyond her breakout role. Born in Mexico, and raised in Kenya, Nyong’o has dual citizenship in both countries and a Masters degree in Acting from the Yale School of Drama. In a speech at the Essence Black Women in Hollywood Luncheon, the Oscar winner spoke on how she hasn’t always felt confident in her beauty. Like many women of color, there’s was a moment when she cursed her own deep skin. While we watch Lupita grace the red carpet on our TVs and computer screens, and the front pages of magazines, her response to her moment is truly establishing her as a global icon of culture.

Watching this clip above, you’ll see why Lupita Nyongo’o is Woman of the Moment. Deep. Moving. Inspiring. 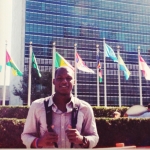