With weekend one in the books, and a second equally massive weekend coming up, Coachella 2014 is already setting the bar high for the remaining festivals still to come this season.

The Coachella Valley Music and Arts Festival takes over the city of Indio in the California desert for 3 days. Featuring top artists and performers in the world of music — this event is impressively spread across six stages. In 2012, Coachella began replicating its staggering lineups for two weekends in a row, allowing over 200,000 people to experience one of the largest, most famous, and fast selling music festivals in the US. 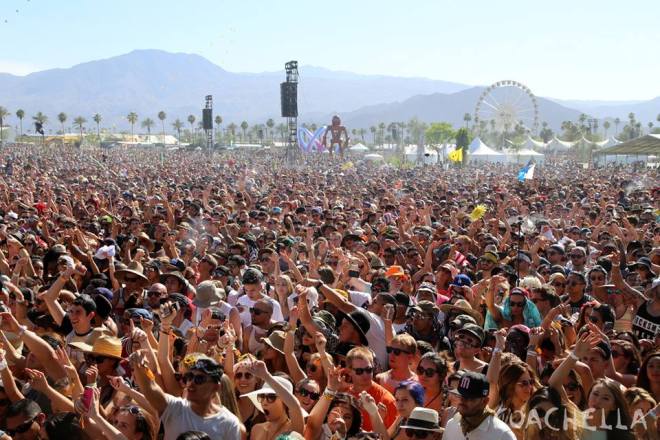 This year, Coachella is among a rising number of festivals to provide to those unable to attend, an opportunity to experience the performances from a distance via livestream coverage on YouTube. This year, Coachella features three separate Live Stream channels on its YouTube page, allowing viewers a number of options and opportunities to catch their favorite artist perform. While not the first festival to do this, Coachella is taking it a step further by providing more than one streaming channel for viewers to enjoy powered by T-Mobile.

Furthering it’s digital experience, this year the festival is providing attendees the opportunity to fully engage with Coachella both online and offline. Festival goers can Sync their wristbands with their Spotify account, then check in around the festival for a look at their personalized Coachella journey: http://bitly.com/SpotifySync #WeWereThere.

This year’s lineup follows in the footsteps of those before it by yet again outdoing itself. With recently reunited Outkast, Muse, Arcade Fire, Queens of the Stone Age, Skrillex and Disclosure to name just a few of the headline performers, Coachella 2014 is making another huge statement in the music festival world.

Catch some incredible performances this weekend from Friday April 18 through Sunday April 20 on the Coachella YouTube page, and check out the entire lineup here.

In the meantime listen to our Coachella 2014 inspired playlist below: