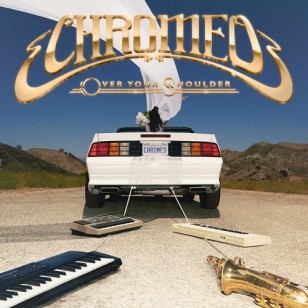 Welcome to 2015. I felt it appropriate to kick off the playlist with two tracks from the duo who helped myself and 5,000+ other partiers ring in the New Year proper at Fort Mason  in San Francisco. Kill Paris and Viceroy warmed the venue up before Chromeo took the stage for the countdown and into the first hours of 2015 with their unmistakable, groovy electro-funk sound. This first one is a newer track off their latest album, White Women, followed by one of their early hits from 2007, “Fancy Footwork”.

The next two are by a DJ Producer out of Birmingham in the UK, Hannah Wants, whose hard hitting bass-house style has attracted the attention of the dance music scene over the past year. With club nights, festival appearances and her own stage at this years 3rd edition of We Are FSTVL in London, she’s gearing up for an even bigger 2015.

Next are two tracks by a young producer, Jerome Price out of the UK as well. First is a deep-house track featuring a well-picked vocal sample of Aaliyah’s “Rock the Boat” followed by a more up-beat house remix of Party Animal” by London-based rapper Ghetts. Jerome Price is definitely a producer to keep an eye on for 2015.

The playlist comes to a close with a new and classic selection by American R&B, soul singer and songwriter D’Angelo. He released his third studio album last year, Black Messiah, featuring the first track of the two “Sugah Daddy”. Second is a classic hip-hop track from the late producer, JDilla, known for his soulful beats and sounds used by many big name acts including Common, Erykah Badu, A Tribe Called Quest, and The Roots.